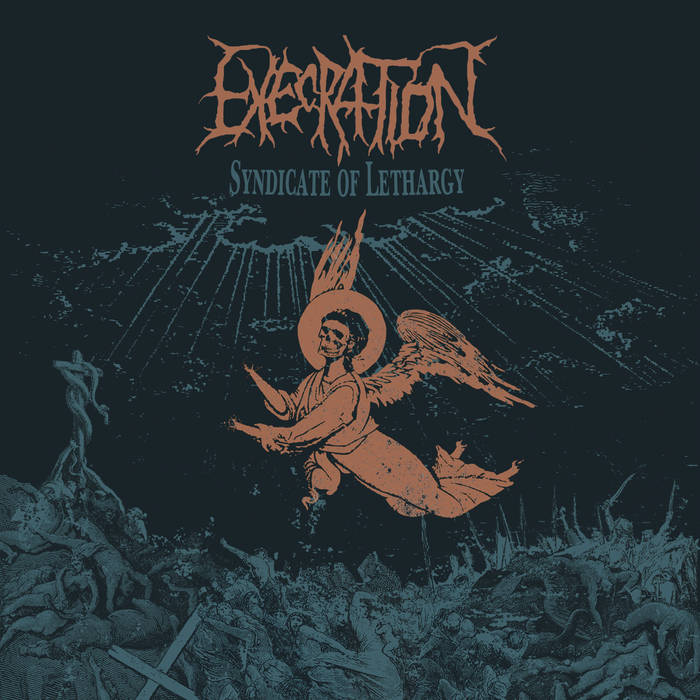 Released in 2008 through VENDLUS Records, this diamond in the rough will finally see the light of day once again via Québec-based Metal label PRC MUSIC. The band offers a somewhat chaotic, mildly technical approach that would've been right at home in the late 90's had it come from some other country. The band sort of has three approaches to riffing: fast, twisted thrashing (here's where the Morbid Angel is felt most strongly), those wonderfully monstrous Immolation-y dissonant guitar howls and Iniquitish squeals, and bone-crunching stomps. While stormy and chaotic, when the band really locks into a pattern for an extended period they tend to do so around a riff that's nothing less than tasty, and these higher quality bits are often clearly earmarked by the band as their better stuff, warranting welcome repeats (check the spastic tremolo lacerations in “Kuroi Kiri”). The drums are right on the nose, with slow but colorful bashing during the crushing breakdowns, rolling thunder double bass and riotous blasting with plenty of well-penned shifts from one movement to the next. The use of cymbals to accent guitar fills is really something to behold. Indeed, all of the instrumentation on the album is of an extremely high caliber and even when the riffs are noodling off or otherwise failing to hold your attention, the drum performance is there to keep your focus. The band's sound is a pretty even mix of Immolation, mid-era Morbid Angel and European acts like Atrocity and Iniquity. The overall atmosphere is quite dark and menacing, more occult than aggressive. The production is really spot-on. The guitars have loads of bite and while the bass tends to get lost in the chaos, it's immediately noticeable when it drops out and really fattens things up during those breakdown sections. The captivating drum performance is suitable captured and sounds very organic. No triggered double bass on this one; a sound for sore ears. Fans of any of the bands I mentioned as influential to Execration will likely get a kick out of this, or anyone looking either for a more technical, brutal take on OSDM or a more old school approach to modern death metal.

"Death metal fans looking for something that pushes the boundaries will do well to lend their ears" - exclaim.ca

"Not terribly unlike Dead Congregation in some ways , Execration seems to have been inspired by the best of the best that old school death metal had to offer" - Aversion Online

"Oslo’s Execration create death metal that is both rigorous and exhausting." - Hellbound

"The band has a powerful, heavy sound and better than average song writing skills" - Yourlastrites.com

"switching between chug-heavy, subtly technical brutality, foreboding, spectral atmosphere, and malicious, maddeningly infectious melody with little to no regard for convention or the boundaries of acceptability" - No Clean Singing

We are Heavy Metal.

Bandcamp Daily  your guide to the world of Bandcamp